hire someone to do my paper
India Today Annual Conclave 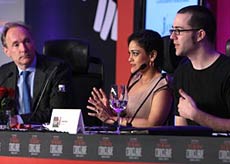 So I got invited to go to India to sit on a panel and argue about the future of the internet with… Sir Tim Berners-Lee, the guy who basically invented it.

After I changed my underwear I started packing, and had an absolutely amazing time. They wrote a nice piece on it and published a delicious soundbite.

Over a bottle of wine after the panel I had the real revelation, which was that Tim was a warm, funny guy who I genuinely liked. More than anything that’s the take-away for me; that revolutions are built on the backs of normal people who just want to make things better.

Oh, and Sarah Palin was there!